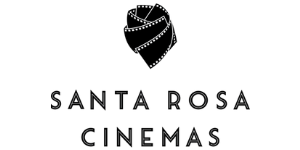 The Tocchini family’s long involvement in film entertainment stretches back to 1926 when Dan Tocchini Sr. constructed one of the first movie theatres in Santa Rosa, the Strand, which showed the first “talkie” locally. In 1957 the senior Tocchini shifted control to his son, Daniel F. Tocchini.

Santa Rosa Cinema’s logo, shaped like a rose made of film, illustrates the importance of our Santa Rosa roots. We’re a family-run company, deeply ensconced in Sonoma County, made evident by the many special events and programs we play host to. Our theatres are also available for special screenings and fundraisers initiated by the public, as well as private parties.

You can enjoy locally sourced wine and craft beers before or during your film at most of our theatres and we’re very proud of the recently remodeled Airport Stadium 12 and Roxy Stadium 14. There you’ll relax with reserved seating and luxury power loungers and tray tables. Our Summerfield Cinemas is noted for its stellar selection of independent, foreign and documentary films, while the Raven Film Center provides a good mix of block busters and art films and 3rd Street Cinema offers even more affordable entertainment for those who don’t need to see a movie upon immediate release.
Other locations include theatres in Pacific Grove, Oxnard, Camarillo, Clovis and Lodi.