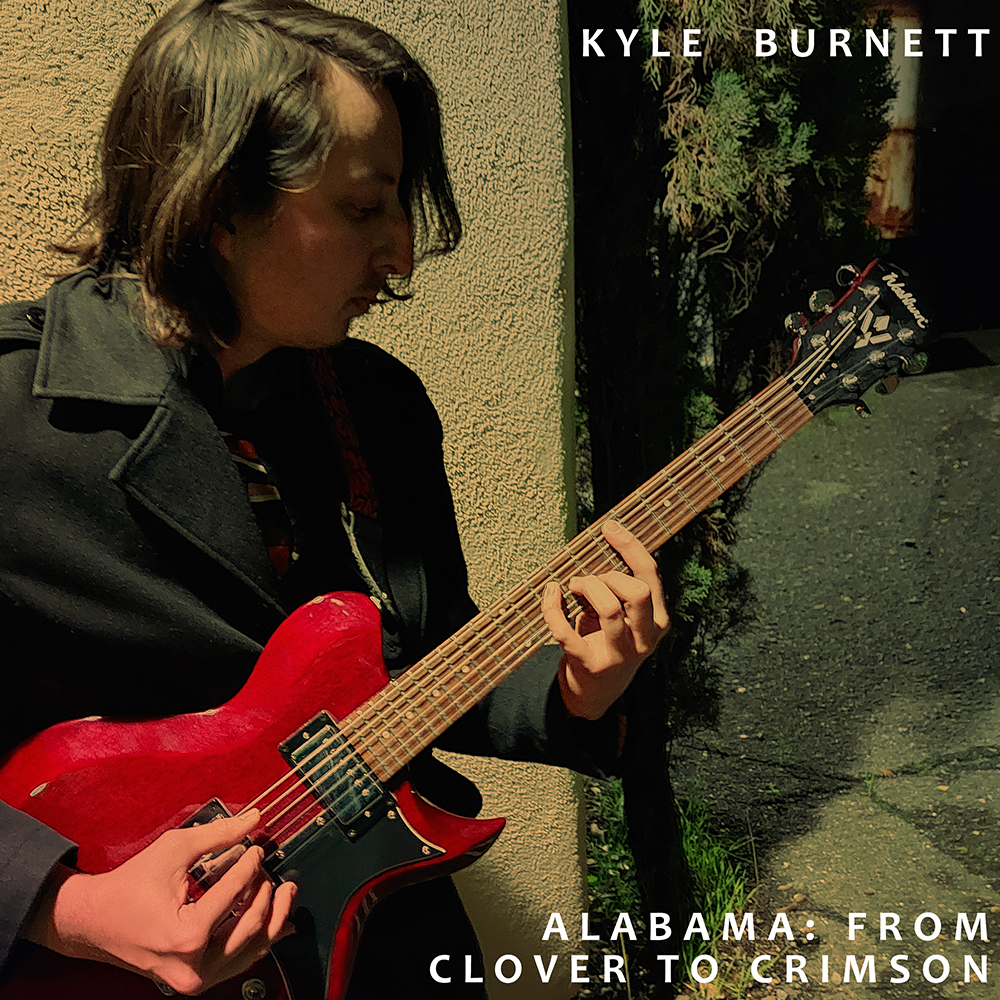 Tune in Wednesday, March 9 at 5PM to watch an exclusive Luther Locals recording of Kyle Burnett on our Facebook page!

Kyle Burnett is a multi-instrumentalist (piano, acoustic/electric/bass guitar, harmonica) vocalist, and producer originally from Oklahoma City, Oklahoma but now living in Santa Rosa, Sonoma County California. Burnett has played in a few groups in the past primarily as a backing musician (guitar, bass, piano). Recently he released and self-published his first full-length LP as the primary artist, the dark and melodic Alabama: From Clover to Crimson (2022).

Throughout his life Burnett has picked up influences to incorporate into his work from a foundation of rhythm and blues, folk, reggae, classical, afrobeat, and jazz. After earnestly dedicating time to playing guitar and songwriting, he has mixed these influences to harness a multi genre command of music on a variety of instruments. He first appeared on Kelly Miller’s EP Vague Complaints in 2020 and Ekene Music’s LP Nature Does Not Rush in 2021.

Before arriving in Santa Rosa, Burnett was a rhythm musician in student-led music groups in Monterey, California (2017-2020), and as the guitarist in a Toulon, France-based cover band called Les Assistants (2017).