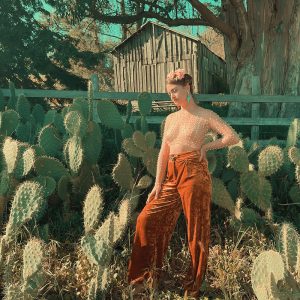 Tune in Wednesday, September 8 at 5PM to watch an exclusive Luther Locals recording of Caitlin Jemma on our Facebook page!

Indie musician and singer-songwriter Caitlin Jemma speaks for the multitudes on her celestial new disco-folk album, True Meaning, out September 17th on American Standard Time Records. Conjuring the soulfulness of Norah Jones, the melancholy of Joni Mitchell, and the lyric-bending bewitchment of Bonnie Raitt, Jemma takes listeners on an atmospheric journey from heartbreak to hope throughout the ten dynamic tracks which make up True Meaning—a vulnerable-yet-spirited release exploring the full emotional spectrum of being human, while posing an age-old philosophical question: “What is the true meaning of life?”

Inspired by long, solitary drives on desert highways and then recorded in Portland, OR, with an all-star band, True Meaning is an album of depth, nuance, catharsis, playfulness, and resilience—all things the world needs now.