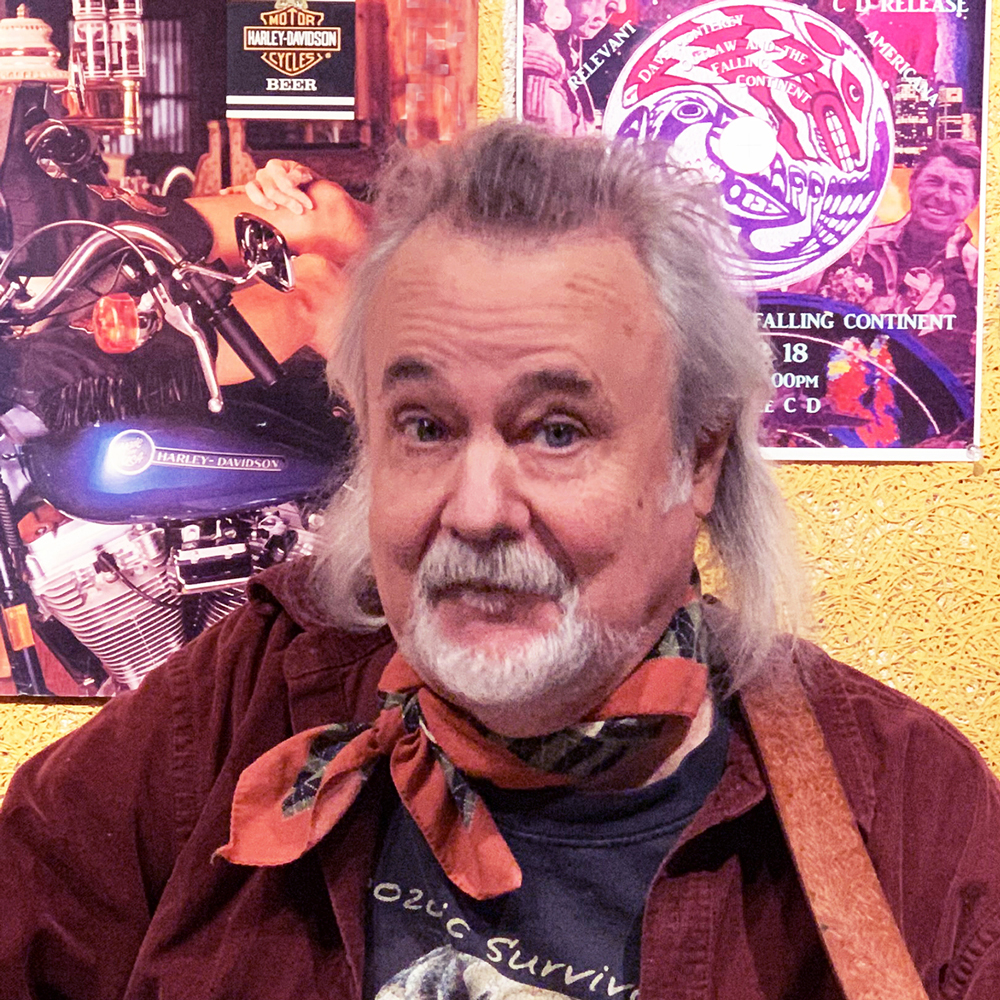 Consider it a marker to deep affinity for the California coast and county of birth. As a songwriter, Dave adopted the pen-name Monterey over forty years ago.
The auspicious occasion was the release of a song he wrote for the 45 single “It’s So Easy and So Hard (Lovin’ You)” recorded by his then group, The Lawyers. The song sustained regular rotation on S.F.’s KSAN radio while Monterey and cohorts played the music circuit from Cotati Cabaret to Santa Cruz and Tahoe.
Fast forward ten years to making home with family in beautiful Sonoma County. Dave has been a notable local persona with his band The String Rays. His song “American Made” from the Rays’ Resonate CD has won critical reviews and airplay on KRSH and KRCB.
Dave Monterey has two solo CDs, including 2017’s Outlaw and the Falling Continent. The debut release and live performance headlined HopMonk Novato. Recently, Dave has been active posting solo renditions of his songs on YouTube and is excited about collaborating musically with new band Heartwood Crossing.