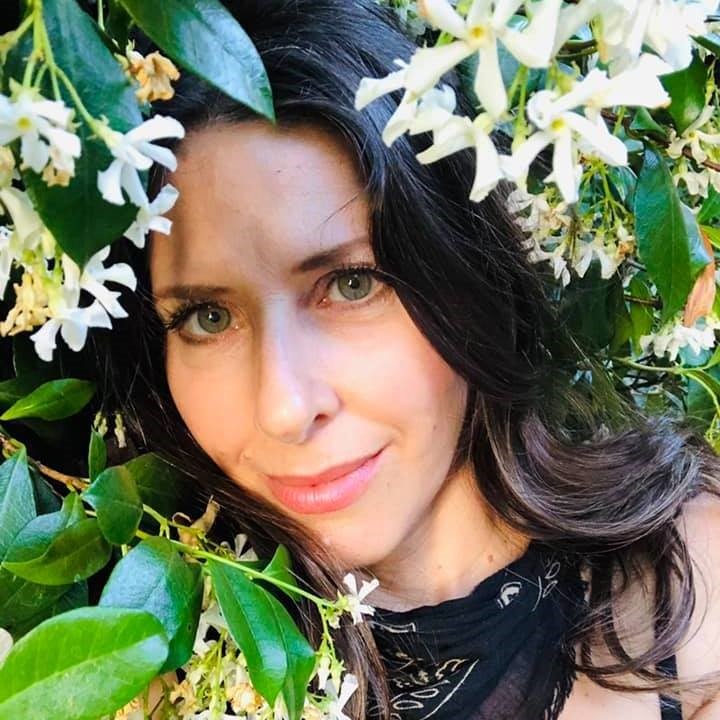 Award winning singer-songwriter Essence has been immersed in art and music since childhood. Her birth name really is ‘Essence’ – she was raised by quintessential flower children. As a sixth generation native of San Francisco, her parents were two free spirited bohemian artists from the Haight-Ashbury ‘Summer of Love.’ Essence has released 6 CDs (with a 7th coming soon!) on both independent and major labels. She has toured nationally, opening for Jason Mraz, Shawn Colvin, Tom Petty, Sarah McLachlan, Natalie Merchant, Chrissie Hynde, Steve Miller, Pat Benatar, and Linda Perry. Her sound nods to songwriting legends like Tom Petty and Lucinda Williams, Dolly Parton and Gillian Welch. In addition to writing folk/Americana, country, pop and rock songs, Essence has produced a very much loved children’s album called “A Dog Named Moo”.

Essence recently received national and international spotlights for her work with Bernie and the Believers through NPR’s Tiny Desk Concert series and BBC. The story and music of Essence’s band Bernie and the Believers is being developed into a major Hollywood feature film on which she will be a co-producer. Other producers will include Academy Award Winners Akiva Goldsman, John Legend and others.

Essence’s soon-to-be released 7th studio album is a woman’s story, as close to a tell-all as you’ll find in song. Organic, warm and steeped in the traditions of the Appalachian, Americana and roots music that Essence grew up on; the heart of this record was recorded live — full bleed and sweat. Premier Bay Area band Koolerator backs Essence and shines at their best, with mastermind David Simon-Baker producing. This album is full of risk and vulnerability. A dobro guitar. A banjo. Pedal steel. Fiddle. Upright bass, church organs, rich harmonies juxtaposed with stark simplicity.  A punch in the gut. A hint of redemption. A retrospective sonically but also in spirit. Stark, aching loss contrasted with moments of reckoning. An intimate reflection on 2 marriages lost. 2 kids raised by a hard working single Mom. Real life told with disarming honesty and humor. This album has nothing to hide behind. A timeless collection of hard won wisdom that couldn’t have been written without real life living.

While in the studio making her new record, Essence formed a strong musical and personal bond with guitarist, producer and songwriter Danny Uzilevsky. He is also a founding member of Koolerator. They both soon recognized they shared an earthy and natural musical chemistry and that their voices complimented one another almost magically! Their twinning vocal harmonies are reminiscent of Johnny Cash and June Carter Cash and other great male/female duos, making this pair a powerful emerging voice on the Americana landscape. In addition to their original music, they have decided to pay homage to their heroes and dig deep into their passion for roots music with their reverent and spirited Johnny Cash and June Carter Revue known as ‘Johnny & June Forever.’

When Essence is not recording, writing and touring, she leads an exceptional leadership and team building workshop called “Finding Your Voice.” Finding Your Voice enhances professional communication skills by “channeling your inner Rockstar”. In this fun and empowering workshop, participants learn how to banish the inner critic, unlock creativity and enhance collaboration and teamwork. Using the tools of the singer/songwriter, participants will bond in a new way, become more confident public speakers and improve their professional presence.