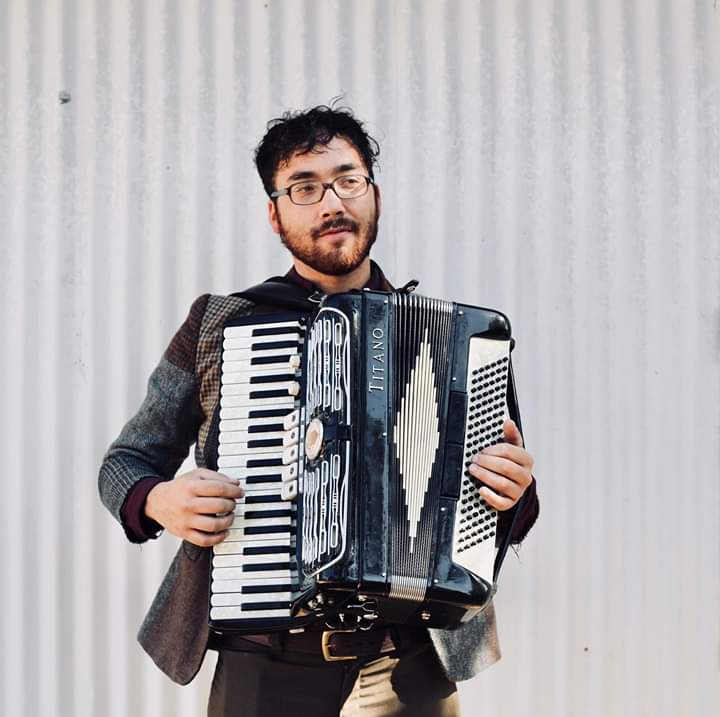 Kalei Yamanoha is a musical oddball. He is the creator and band leader of Oddjob Ensemble, a consortium of multi-instrumentalists inspired by sounds from around the world. Having a passion for scoring live performance has led Kalei to become musical director for both Flynn Creek Circus and the Traveling Spectacular, both vaudeville/circus traveling shows, for which he writes and performs original scores. He has worked with internationally recognized radical theater companies The Bread and Puppet Theater (Glover, VT) and The Imgainists Theater Collective (Santa Rosa, CA), as well. Kalei has toured extensively with various projects both nationally and internationally. Kalei can be found playing on the streets, strolling through restaurants with his accordion strapped to his chest, leading a circus band or playing to a room full of lively dancers at the local clubs with one of his many groups.