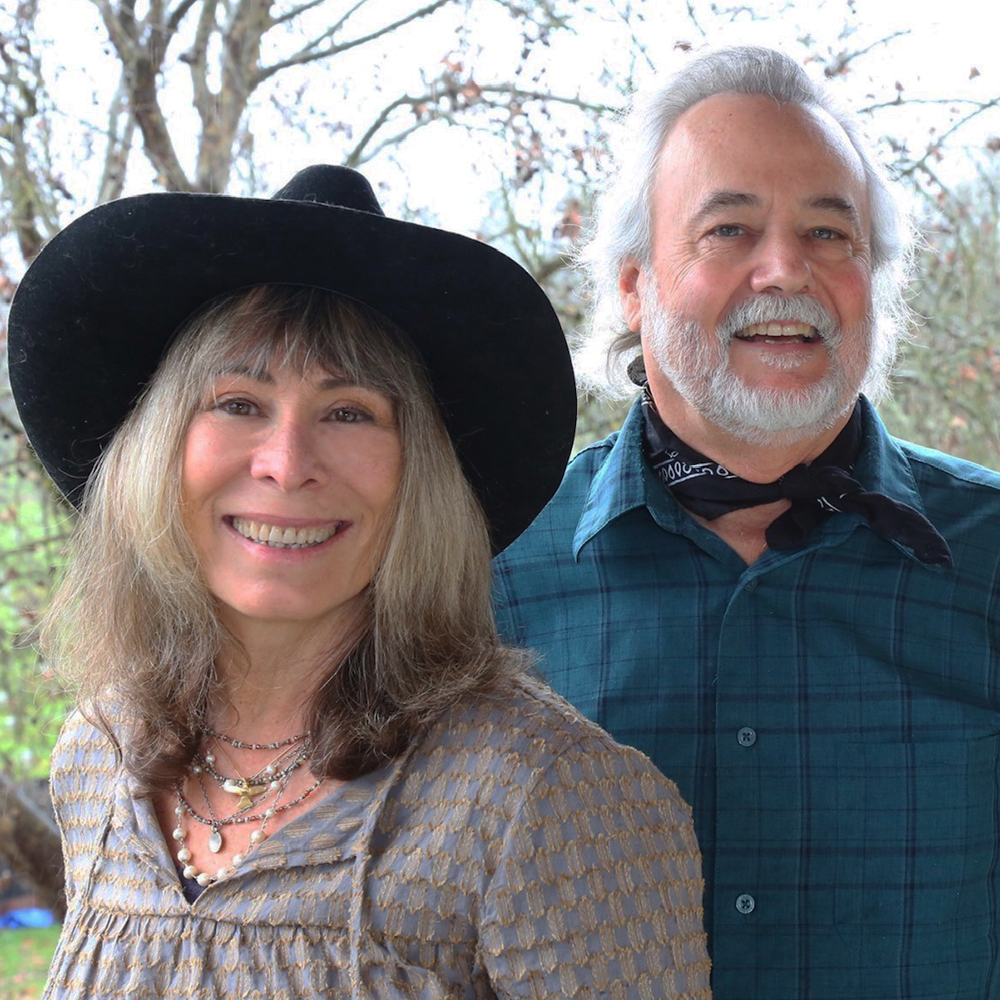 Emily Lois and Dave Monterey are both established songwriters and performers, living in Sonoma County, California. They met by chance two years ago in the Greenroom of a local radio station during a fundraising drive. Emily was with a group from the Westcoast Songwriters Association and Dave was with band members from The String Rays. They traded CDs and welcomed the opportunity to try singing and playing together, later coalescing to form a six person band, now known as Heartwood Crossing.
For the March 5th Luther Locals performance, they incorporated new songs focused around a sense of place, taking the listener on an audio visual journey.
Playing as a duo, which they pursued during the pandemic for continued musical progress, led to writing new songs and joint inspiration. For full band information check out HeartwoodCrossing.com online and their Facebook page.