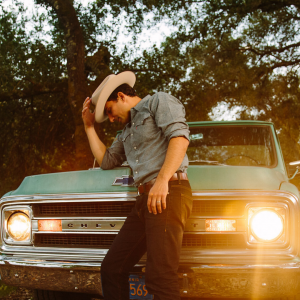 There was a time when Sean Patrick Garvey, who performs under the band name Obsidian Son, put his guitar down and started working on making a living. The son of a grape grower and winemaker, Sean grew up working on vineyards in a farming community in Northern California. Although the feverish rhythm of agriculture was in his blood, it was songwriting that consumed him. With a four-track tape machine in tow, he moved between New York City and San Francisco writing and performing alongside respected artists such as Emmylou Harris, Billy Bragg, Langhorne Slim, Chuck Prophet, and Kevin Gordon. Album “Obsidian Son” is a collection of stories inspired by years living in a rural farming community. It represents both sides of the street, the neon hustle of a pay day night and a summer wind through Spanish moss. “Growing up I would put a record on and lay on the floor for hours, just getting lost. It was a ritual” relates Garvey. “My hope is this record allows people to unplug and find something to connect to. If it happens to give someone the chills, then it’s working.”
https://twitter.com/ObsidianSon
https://www.facebook.com/obsidianson/
https://www.instagram.com/obsidian_son/
https://open.spotify.com/artist/0WsIcPgjv3coHK6ydkMiki?si=A7AH4fi5R6anhIzLiJbknQ