Indeed, The Wood Brothers’ sixth outing, “One Drop of Truth,” dives headfirst into a deep wellspring of sounds, styles and influences. Whereas their previous outings have often followed a conceptual and sonic through-line, here the long-standing trio featuring brothers Oliver and Chris Wood along with Jano Rix treat each song as if it were its own short film. The plaintive, country-folk of the album’s opening track, “River Takes The Town,” gives way to the ‘The Band-esque Americana soul’ of “Happiness Jones.” The wistful ballad “Strange As It Seems” floats on a cloud of stream of consciousness, standing in stark contrast to “Sky High”—a Saturday night barn-burner built upon stinging slide guitar funk. “Seasick Emotions” is rife with turmoil, yet “Sparking Wine” is jaunty and carefree. The end result is undeniably The Wood Brothers’ most dynamic recording to date.

Building off the success of their previous studio album, 2015’s ‘Paradise,’ which was dubbed “the warmest, most sublime and occasionally rowdiest Wood Brothers release yet,” by American Songwriter, the band found themselves at a fortuitous crossroads. Following a tour with Tedeschi Trucks Band, high profile festival dates and sold out headline shows, the band felt free from the cyclical album release, tour, write, record and do-it-all-over-again pressures of the traditional music business. With all three members living in Nashville affording easy access to each other and a wealth of local independent studios at their disposal, they started work in January of 2017 with a new approach.

Fittingly titled, ‘One Drop of Truth,’ the latest entry in The Wood Brothers evolution finds three musicians being true to themselves. At a point in their career where most artists would be looking to strategically position themselves for even greater commercial success, they instead turned to artistic expression in service of the muse. In chaotic times when honesty is in short supply and ulterior motives seem to always be at play, The Wood Brothers put faith in themselves and ultimately their audience by writing and recording a collection of songs that is honest and pure. As they sing on the album’s title track: “Rather die hungry / than feasting on lies / Give me one drop of truth / I cannot deny.” 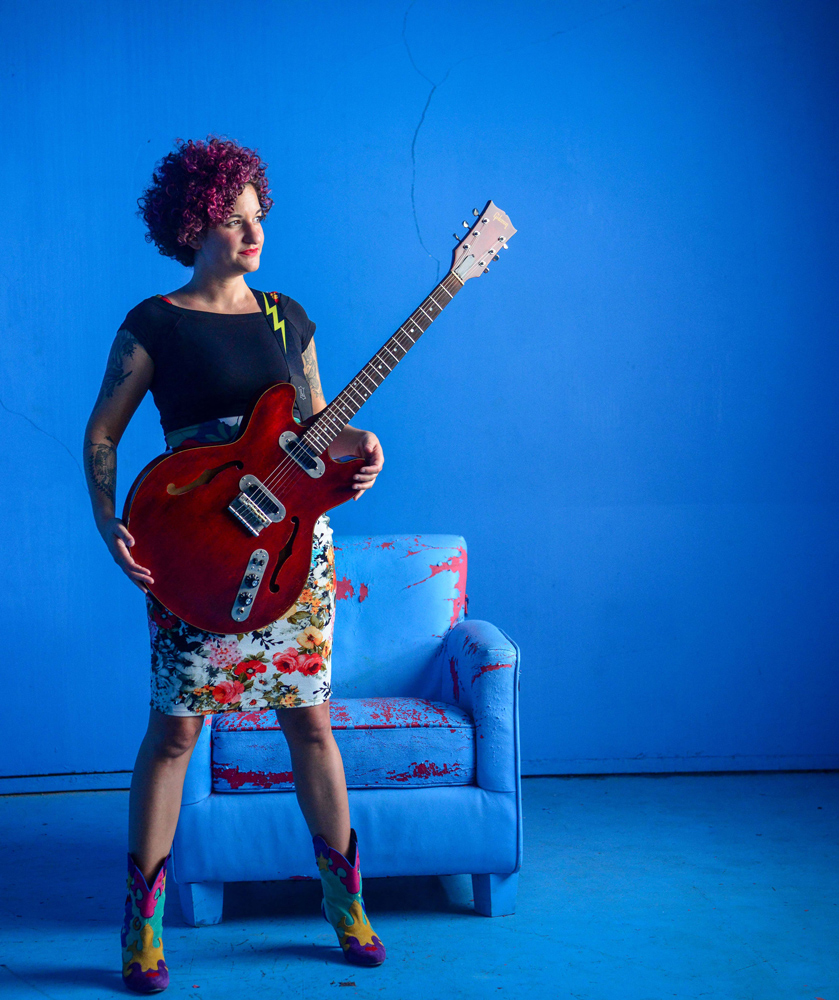 Buck Up, the new studio album from singer and songwriter Carsie Blanton, opens with a siren. The warning – or call to (dis)arms – segues into the first notes of “Twister.” Finger snaps alone accompany Blanton’s smoky vocals, before piano, upright bass, cello, trumpet, and drums join the proceedings. You’re immediately drawn in to her riveting tale of natural – and erotic – disaster. Brimming with catchy hooks, sensual vocals, and lyrics boasting a gift for rhyme and meter, Buck Up is Blanton’s melodic mandate for survival following the 2016 presidential election: passion, lust, and humor. “There are two themes on this record,” says Blanton of Buck Up’s ten electrifying tracks. “One is the feeling of catastrophe happening in American politics, and the other is this feeling of personal catastrophe”: when you fall for “That Boy,” for example, a reckless wild child, the type who populate her life and imagination. Though Buck Up may be “basically about being depressed,” according to Blanton, “if there’s not a sense of humor or playfulness, I don’t want to listen to it. Music is about play.”

All members of my party acknowledge, per requirement of California Department of Public Health, that any patrons attending indoor events in our main theater are required to wear a mask and show either proof of vaccination or proof of a negative Covid-19 test result taken no more than 72 hours prior to the event. Individuals who do not comply with these requirements will not be allowed into the performance. For complete details, refer to our Covid-19 Updates policy page.