ON THE ART OF GIVING 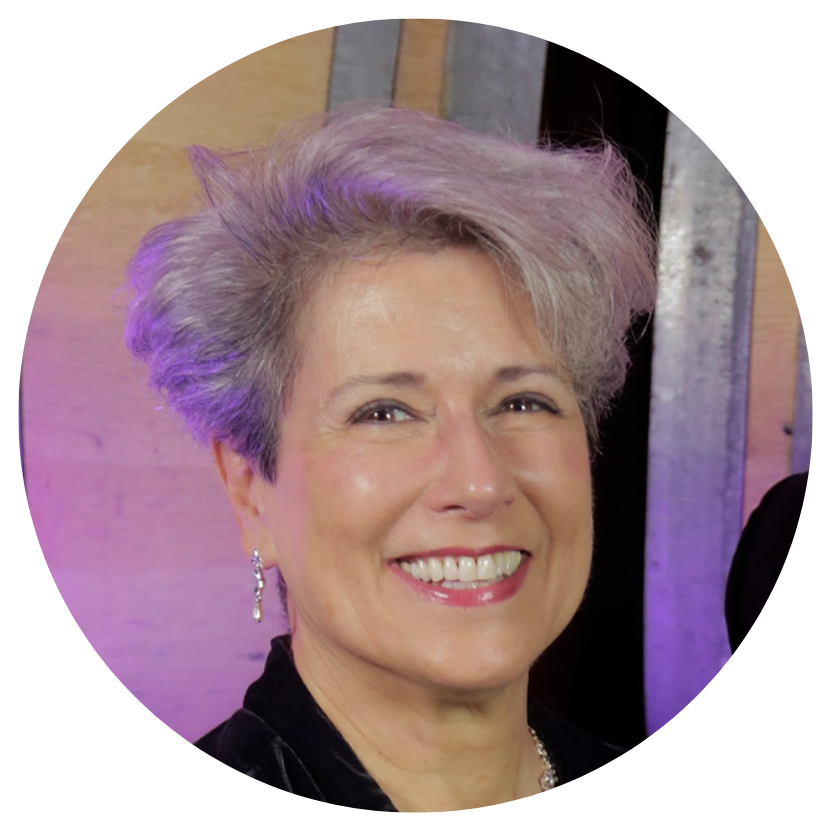 Anyone who believes that the North Bay deserves access to world-class performances as well as quality education and community events can support the LBC. “Money helps at any level of giving,” said Julie Bova, a long-time donor. “I’m not a wealthy person, but in the end, it’s not the amount you give so much as the community you create by choosing to join in and give at all.”

Julie and her late husband, Allan, chose to give almost as soon as they drove into town, when she joined the LBC staff in 2010. Their giving has taken the form of general annual donations, specific gifts to help provide education programs, and, in a particularly thoughtful way, through Julie’s estate plan in her will.

What does it mean to create something bigger than ourselves that will make your community and the world a better place, even after we leave it? Julie, a self-proclaimed “retiree on a budget,” who looks more like a 30-something gymnastics coach with white hair, took some time to answer our questions on the art of giving.

Why the arts and why here?

I guess you could say I’ve been a patron of the arts since I was a child. I was lucky enough to go to a school where they taught the arts, so that love was always there for me. I remember watching Leonard Bernstein’s concerts for young people. I had a crush on him when I was 8. I had a crush on Stephen Sondheim when I was 15.

I graduated with a degree in Sociology and Sociology and Education, and then taught school for eight years. In the last few years of teaching, I focused on math and science instruction, fully aware of how important it was for young girls to see a woman in a leadership role in those fields. On my 30th birthday, I received my Master’s in Community Mental Health, and was hired into my first tech job as a human resources specialist. In the ensuing decades, I served in human resources for a number of tech companies. Fast forward to 2010, when Allan and I were living in Arizona. We ended up vacationing in Sonoma, and I remember joking as we were leaving that I would just stay and look for work. The next year, I became the Director of Human Resources and Organizational Development at LBC.

My LBC story is about finding the kind of community you can consider your home and then pitching in, however you can, to make it a welcoming a place to live, learn, and play for others.

As a lover of the arts, do you play an instrument, sing in a choir, play in a garage band?

God intended me to be in the audience.

If I could have any talent in the world, it would be the ability to carry a tune. I don’t have artistic talent, and I think that’s why I love the arts so much.

What motivated you to give?

For most of my career, I was always working for a company that was headquartered far from where I lived. I was ready to become more involved in my community. I could see very quickly that LBC is such an integral part of the North Bay. Becoming a Benefactor’s Circle member was more than an opportunity to donate to a good cause; it gave us a place to meet other arts patrons, make friends, and create a community that would become a big part of our social world – in the same way a new town can become your hometown and a group of friends can become your chosen family. It also has given me a way to honor some of my values, like enjoying live performances as well as making my community a better place to live, to go to school, and to retire.

For most people, it takes time to get to know us before deciding to include LBC in their estate plans. What made you so sure so quickly?

You know, it was the children. To think that every year, more than 50,000 children right here in Sonoma County – along with their teachers and community members – are getting an extra boost in their education and in their exposure to the arts. There are so many ways the Center touches children’s lives: school shows, family shows, arts-integrated curriculum, teaching artists in the classroom, after-school programs. We know that children learn and think differently, and LBC makes sure to have a variety of ways to reach each and every one of them through the arts.

So, while I also support some wonderful national and international organizations, it’s important to me to keep most of my giving local, to make this a better place to live for my friends and neighbors and for their children to learn.

How did the LBC become such a big part of your life?

First, it helps to find one that aligns with your interests and values. Allan was always a philanthropist, in terms of the arts. He grew up in the Midwest and served on the boards of the orchestra and the symphonies in the cities where he lived. For me, the arts have always been like a sorbet at the end of a hard-working week; a refreshing change of pace that counteracts the hassles of work life. Second, you join in. Besides becoming Benefactors Circle members, we invested ourselves in the Center by volunteering in ways that made us feel valued.

Allan enjoyed introducing the arts performances. He had the background, worked hard, did lots of research, and brought value to the audience. I became one of the docents that would go into the classrooms before a performance and talk to the youngsters about what the program was going to be about, things they might look for, and a little theater etiquette. Eventually, LBC was like family – so much so that, when Allan passed, his service took place in the Center’s Schwing Salon. The last musicians he heard played at the service, the Center’s caterer handled the reception, and the young event staff worked with incredible sensitivity. It was a beautifully organized and executed event, and I will be forever grateful. This is the clearest example I can give you for how LBC became not just a philanthropic target but the center of our life. It continues to be so for me.

What is the advantage to a community when everyone has access to the arts?

We know that the arts can be the key for a lot of children, especially by teaching more than just art. They teach responsibility and discipline, creative and critical thinking, collaborative problem solving, and so much more. In the same way that reading difficulty can limit access to an education in science, every child isn’t going to get arts education in school, but, if they could participate in the arts through a community-based organization like LBC, they get a better chance at achievement, and the whole community rises with them.

Historically, in the old-line cities, like New York, Philadelphia, Boston, and Pittsburg, the arts tend to attract more older white people. It doesn’t have to be that way, especially in places with such rich cultural diversity like ours. While the arts can expand our worldview, to be of real value, they also must celebrate community. Members of the community must see themselves in the arts that are available to them.

How can we draw a line from membership in LBC and the impact it makes on our community?

We start by looking at art as an antidote.

I went to my first live performance in two years last May, when a friend and I attended the Melissa Etheridge concert. It was literally the most fun we had in those two years. No lie. It lifted us and helped us forget what had been hard and isolating for so long.

Kristen Madsen, director of Creative Sonoma, has written eloquently about art as antidote, as has Amanda Gorman in Hymn for the Hurting, her essay-poem following the mass shooting in Uvalde, Texas, last May. Art can smooth the rough edges. It can help us sort through the horror going on in the world. Or it can simply fill a few hours with beauty and joy. People need to know there is another way. They need to talk about issues in different ways. If we talk about it in poetry or through children’s drawings, and not just through our own lens, we can know each other better and learn from each other.

This is important: My generation had big plans, big commitments, but I’m not sure we’ve done enough. We’ve been through some terrible events these last few years – climate change, a pandemic, Ukraine, mass shootings, the dismantling of civil and human rights. The kids are the ones who are going to be dealing with it long after the rest of us are gone. That’s why LBC is in my estate plan. I believe that the Center is a place of hope where the arts can help the next generation get the job done that my generation didn’t get done.

How can people who live in the North Bay embrace that kind of accountability to their community? To take it on as “my place, my people?”

The 2017 and 2019 fires taught me a lot. They were horrifying and surprising to even fire professionals. Despite the fact that it was a horrifying event, I felt like a part of something important in the aftermath. There were signs all around saying “Love in the air is thicker than the smoke.” I know it sounds corny, but it actually felt like that to me at the time. But that was an extraordinary time. This needs to be a belief system, a way for us to move forward in ordinary times, and you can’t do that alone. It comes from creating community that aligns with your values.

When the fires happened, I donated a sizable amount of money, clothes, other stuff beyond what I had budgeted in those years. It made sense to me to give until it hurt a little bit. Why? I guess I realized I was just as close to losing my house as anyone. I was just as likely to be running down the street in my nightclothes with my bare feet getting burned. I was just lucky to have escaped, but I lived the vulnerability deeply. We help our neighbors; that’s what we are here to do. And it’s just as important when times are not that hard for us, because they always are a little hard for someone somewhere. We need to live in that place with them.

What do you hope to achieve through your generosity?

For me, it’s about legacy. Do I want to leave a place I live better off than when I got here? I loved working here and helping to develop managers and supervisors, leaders of tomorrow. I loved watching kids come and have their little brains expanded by what they see and learn. Look, if you have children, you could write the great American novel or solve climate change or find a cure for cancer, but, in the end, your children are your masterpieces. I don’t have children of my own, but even if I did, I can still touch all the hundreds of thousands of lives LBC touches through its arts and education programs through the years. Think about it. All those children. All those masterpieces. That is my legacy, and it can be yours. 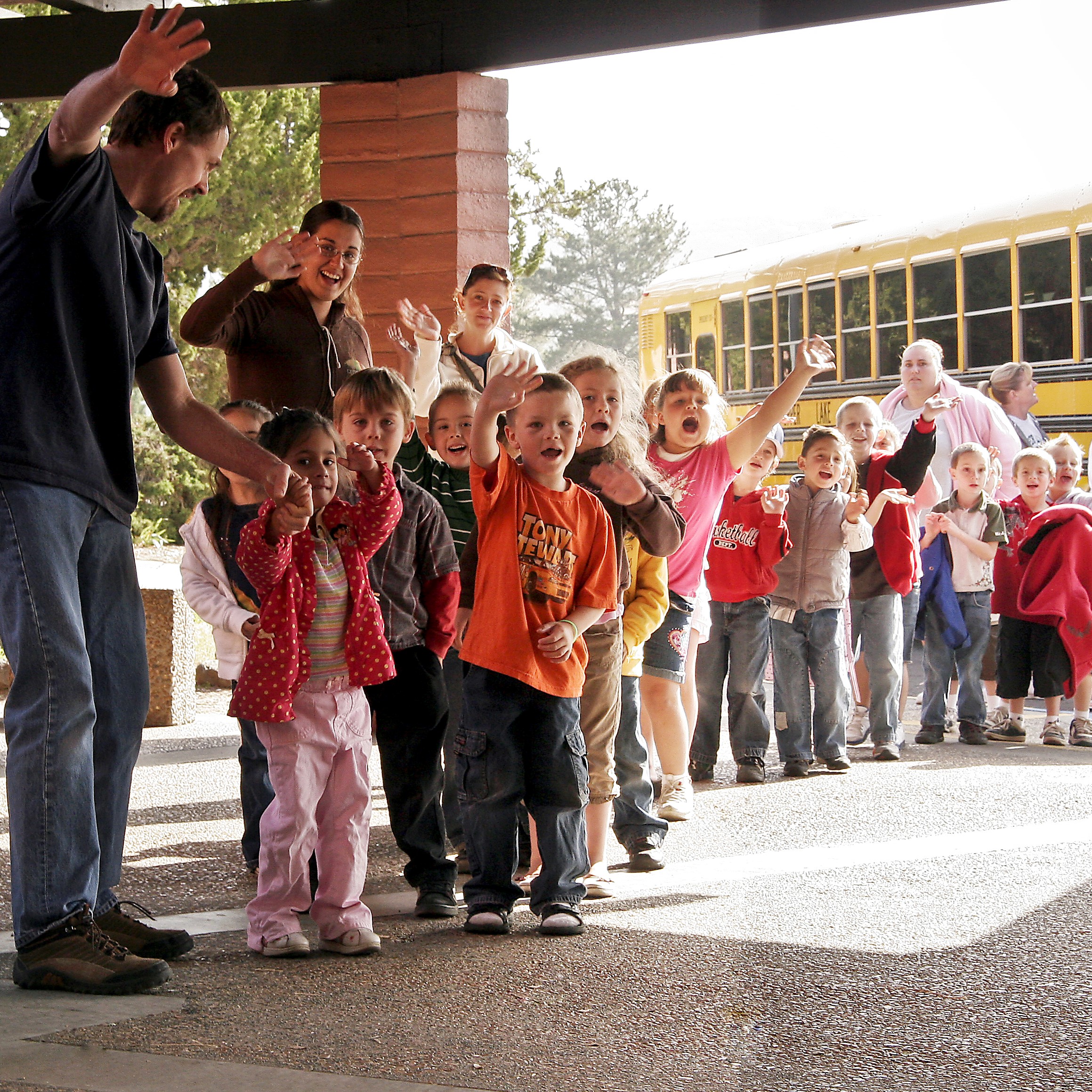 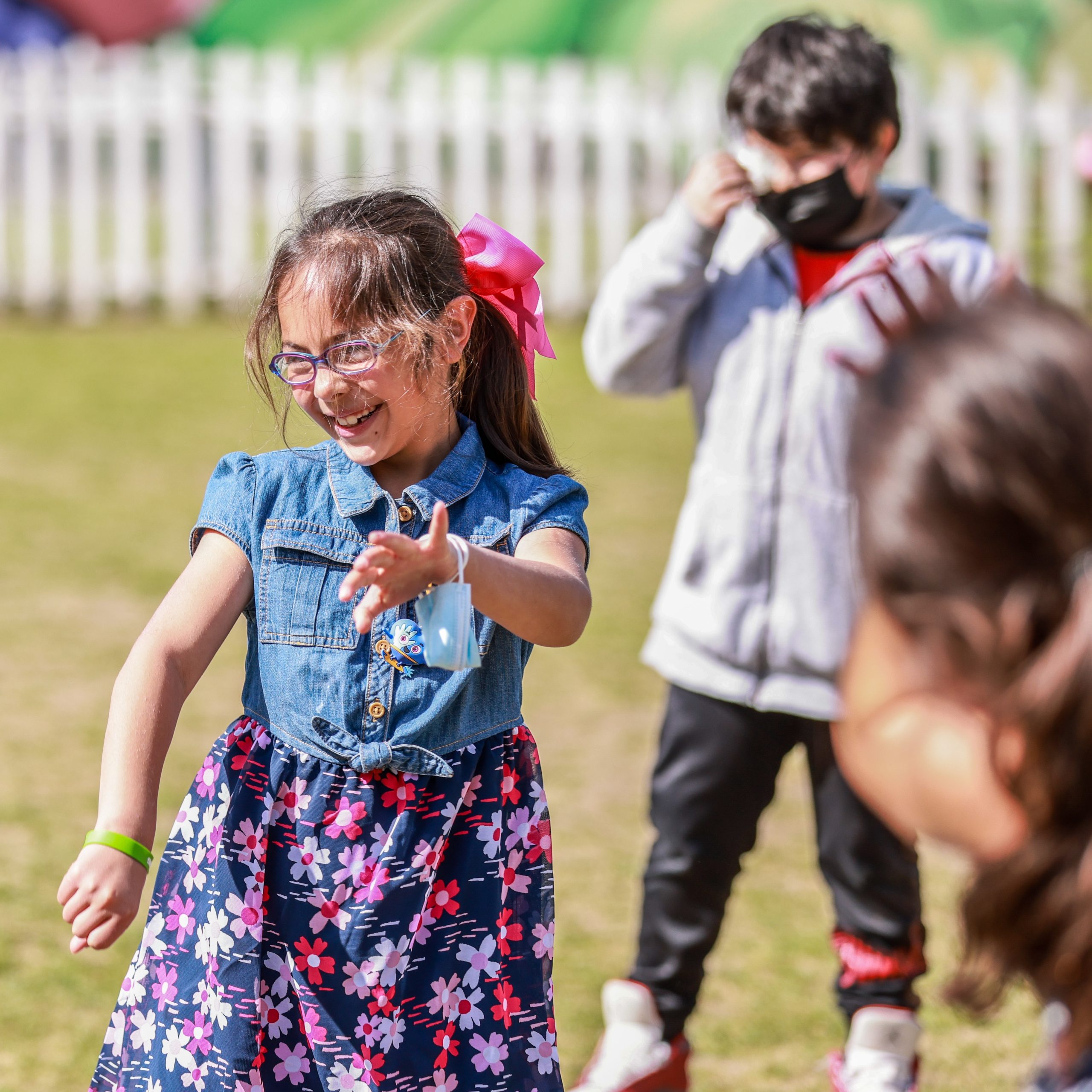 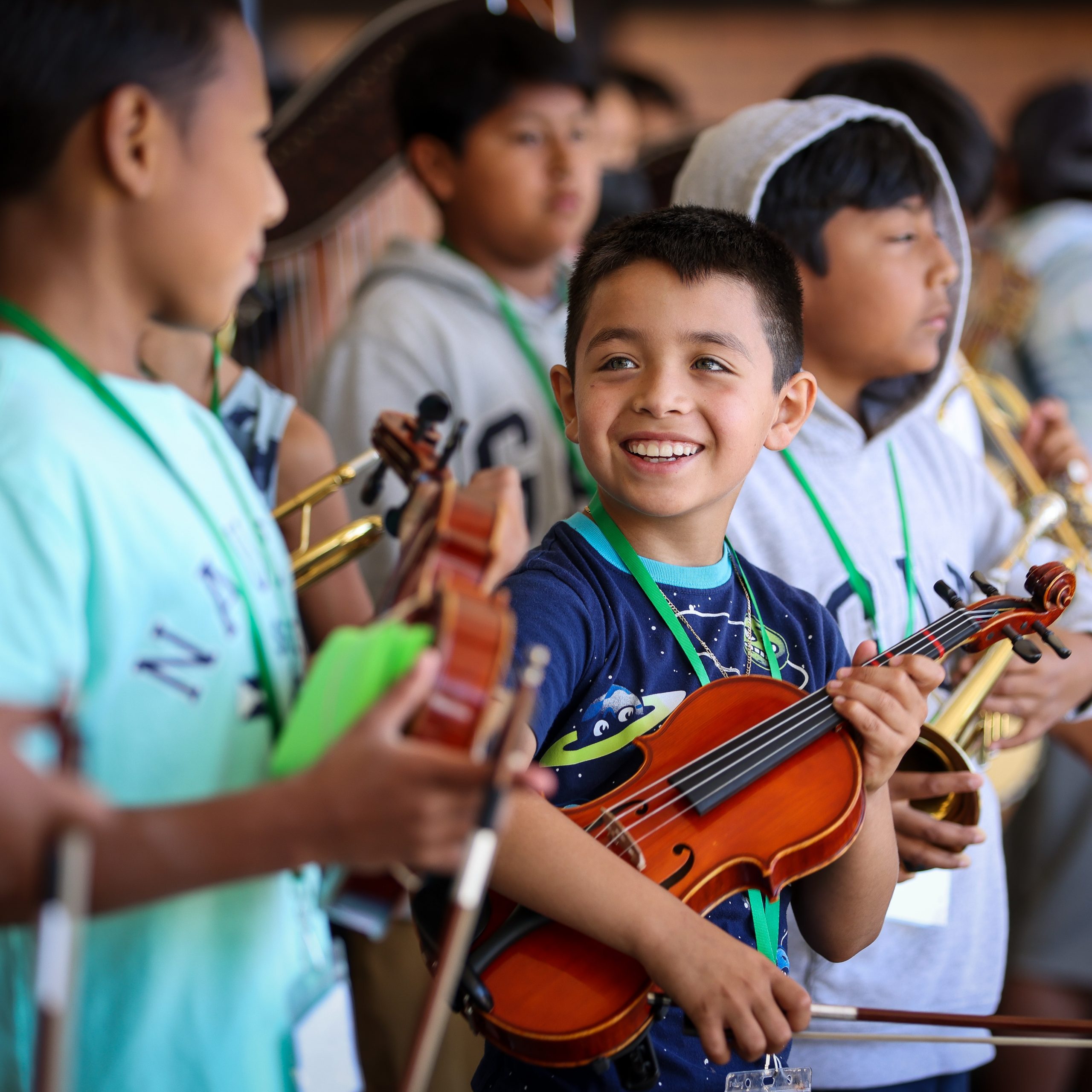 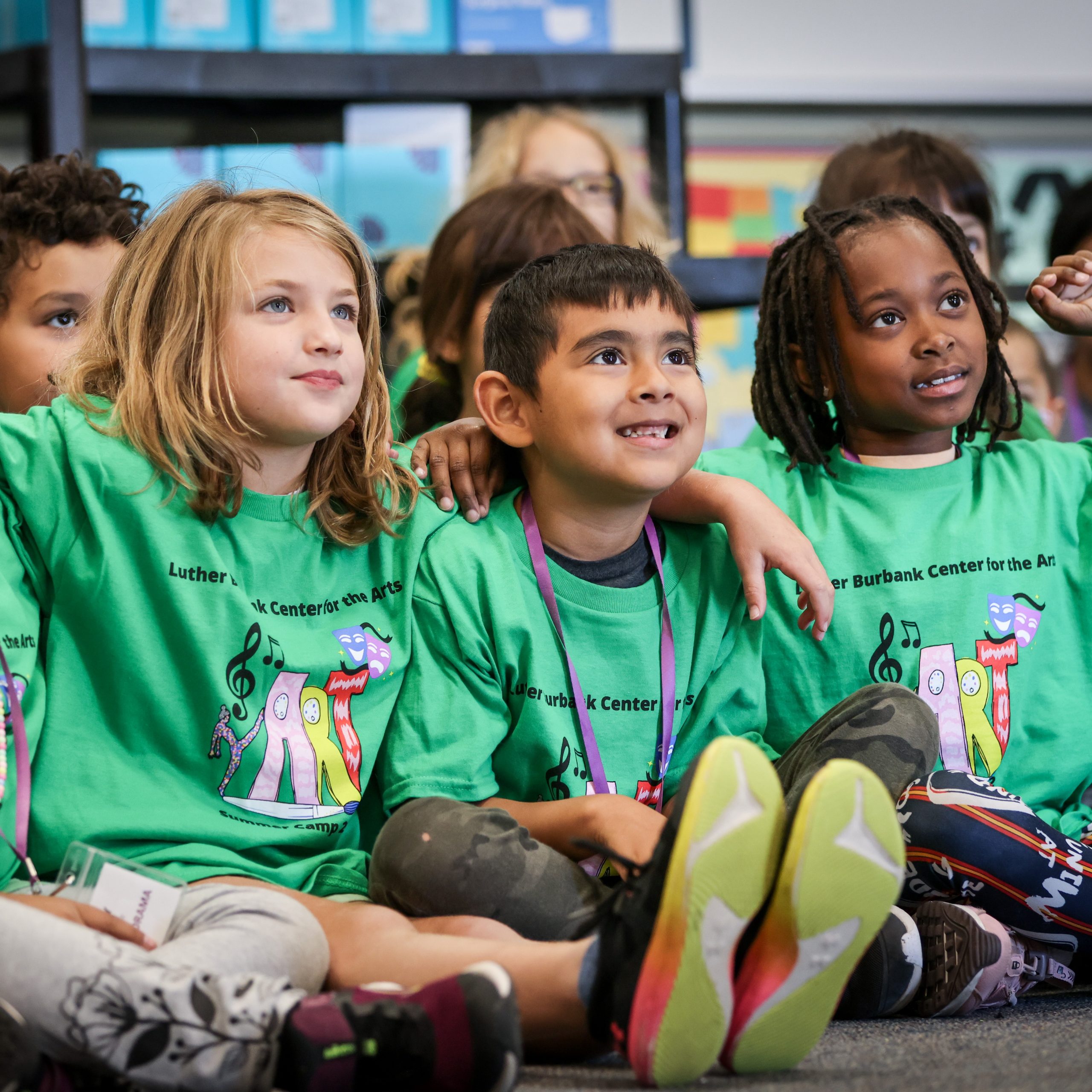 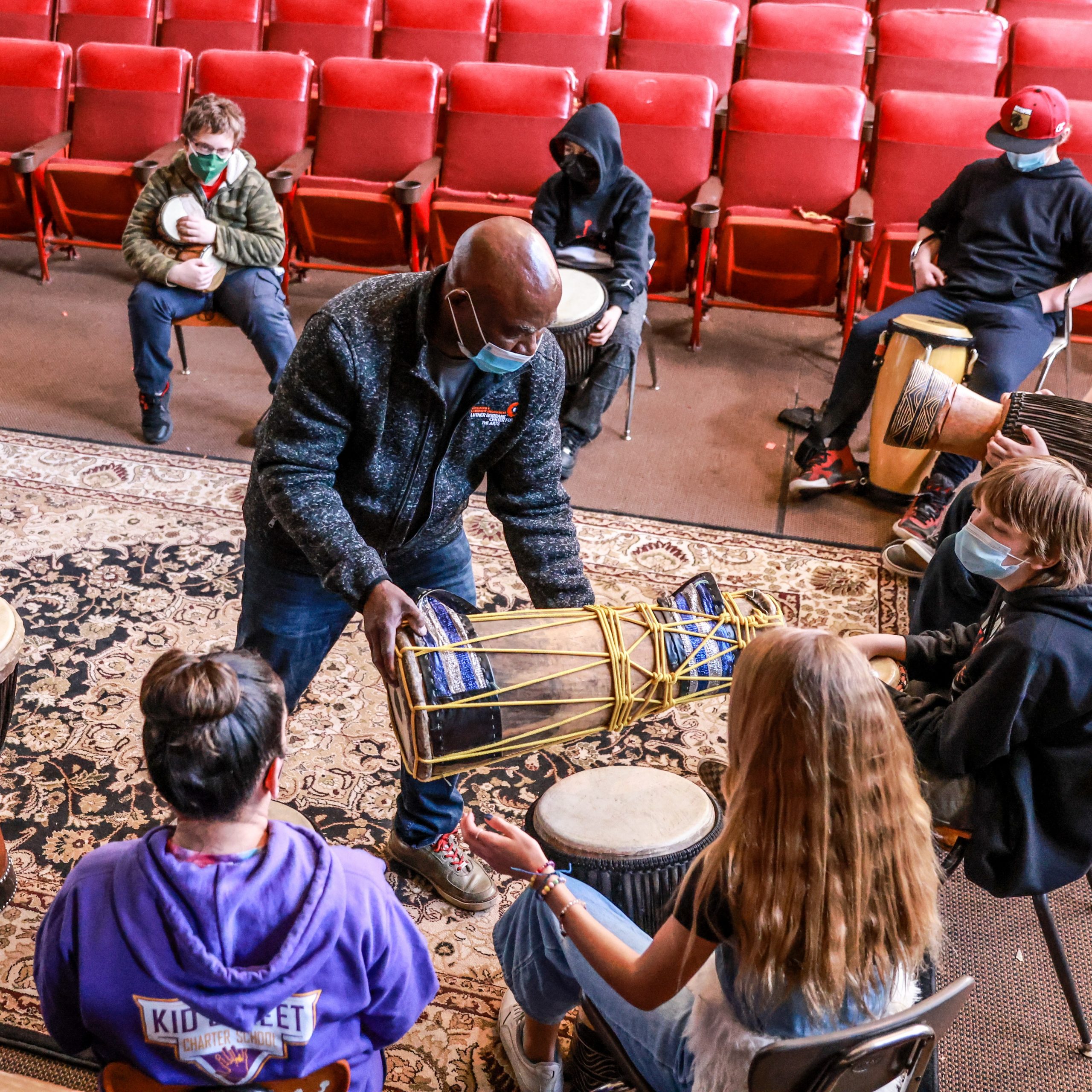