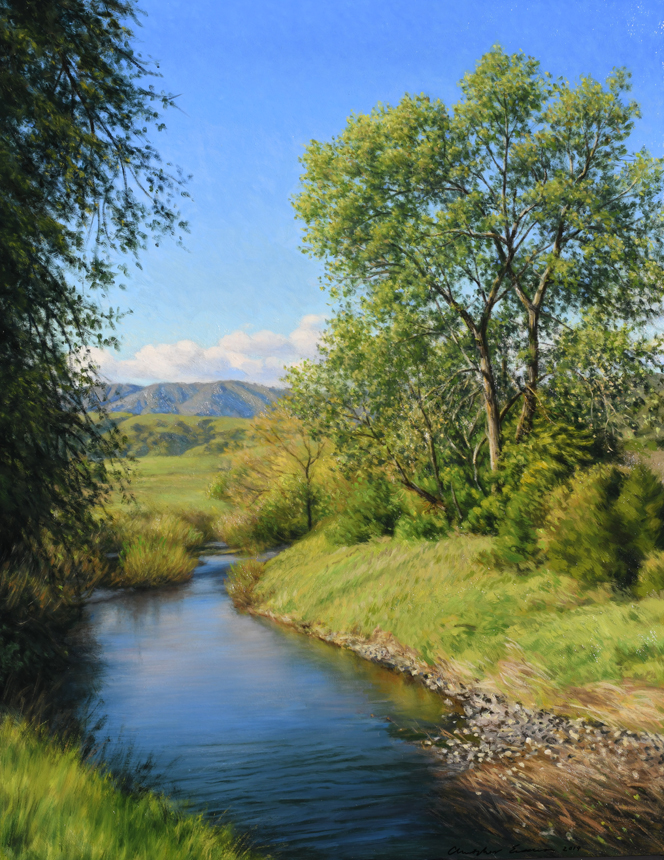 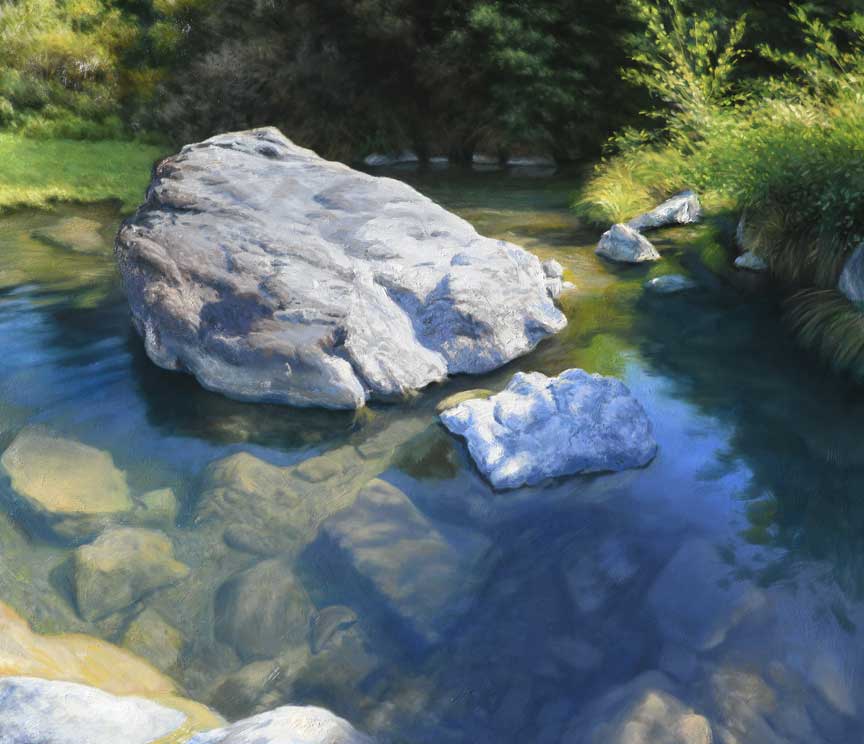 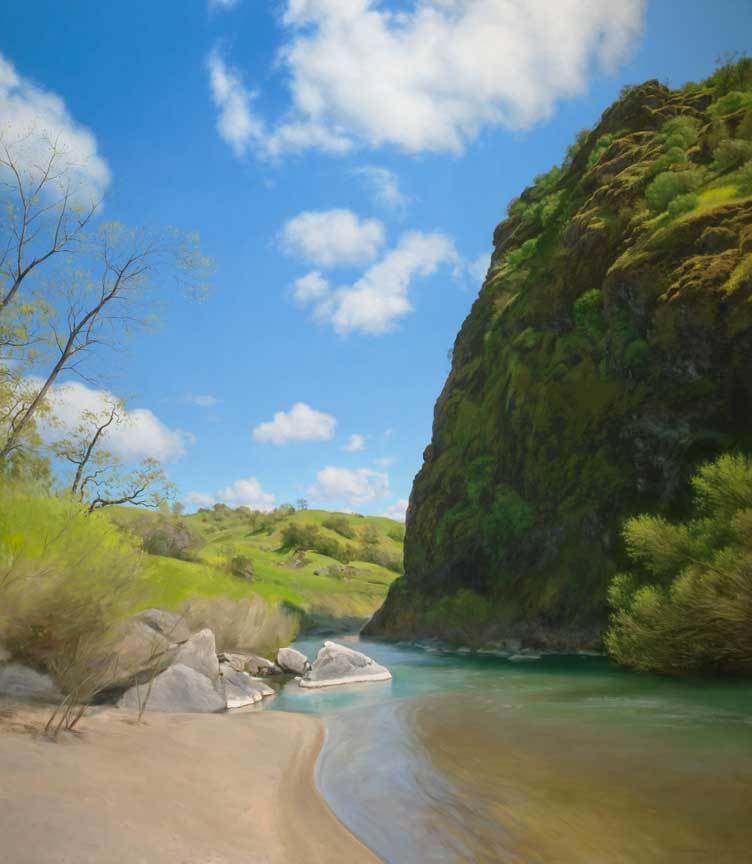 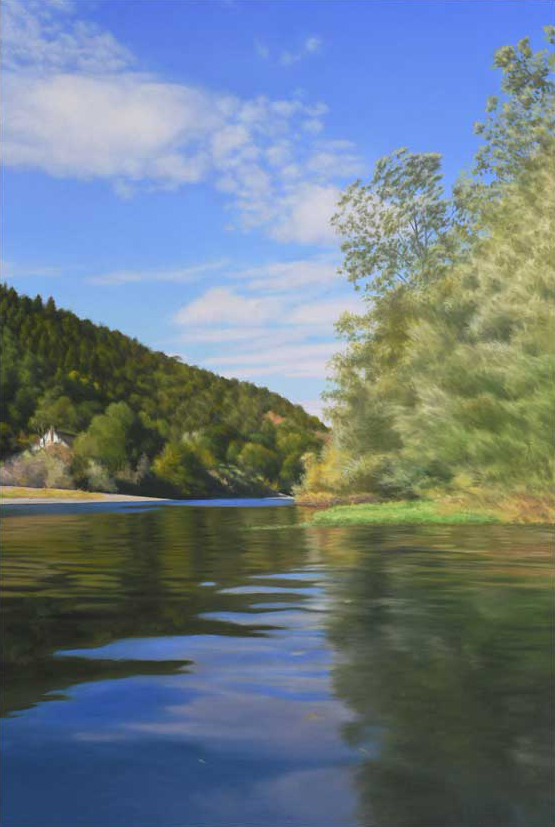 Christopher Leith Evans has a remarkable talent for translating the subtleties of nature’s light and color to the canvas and the screen. Cultivating that talent led to five solo shows of landscape oil paintings in New York and a glowing review by New York Times art critic Roberta Smith. Evans has worked with film directors George Lucas, Steven Spielberg, Martin Scorsese, and James Cameron as a visual effects artist and consultant. In this field, he earned an Emmy, an Oscar nomination and an honorary Doctorate from San Francisco’s Academy of Art University. Special projects pertaining to indigenous peoples and ancient cultures have included work for National Geographic Magazine, The Santa Ynez Band of Chumash Indians, and The Borneo Project, a Berkeley-based NGO.

Evans was born in Bremerton, Washington, in 1954. Raised on Long Island, he earned a BA and Master’s degree in art at UCLA, where his mentors included David Hockney, William Brice, and James Doolin. Evans’s work has been shown in New York, Los Angeles, San Francisco, and Berlin. He has lived on the Russian River outside Healdsburg since 1990.