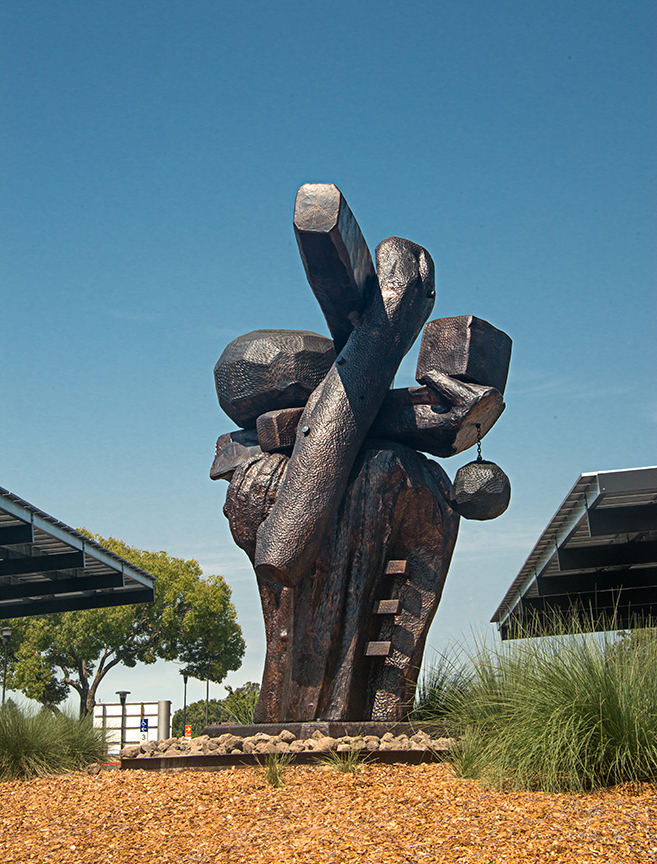 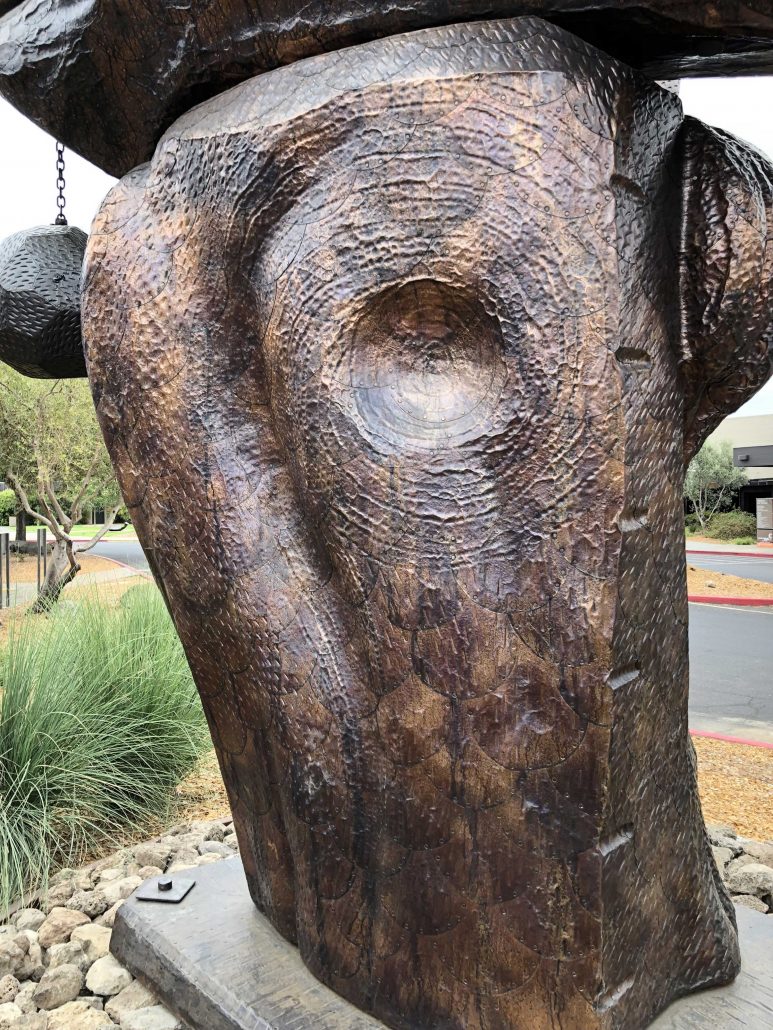 Root 101, the inaugural exhibit for the LBC sculpture garden, featured sculptures by Bruce Johnson, including “The Five Elements,” which LBC purchased to make part of its permanent collection. Sadly, “The Five Elements” was destroyed during the October 2017 wildfires, which also damaged other pieces in the exhibit.

After the fires, filmmakers Lindsay Gauthier and Nancy Lyons created a film of SoCo Dance Theater artists and guests performing around Root 101 before and after the fires.

By using film footage from before and after the Tubbs fire in Root 101 (Sculpture Garden at Luther Burbank Center for the Arts), we put together what was remembered in the body and on film. Wildfires through the Heartwood is made from salvaged cinematic movement material. Bruce Johnson’s new sculpture, Kali, uses materials salvaged from the burned sculpture garden.

Kali by Bruce Johnson was selected for LBC’s permanent collection to replace “Five Elements,” the sculpture that was destroyed by the October 2017 wildfires. Given that Kali now stands as testament to a treasure we lost in the fires, LBC dedicates this particular art piece to our community, which lost so much as a result of the fires. Our hope is that this sculpture, like all the art we present, will be a source of healing and inspiration as we move forward together after the fires. Kali is not a memorial sculpture but it is an energetic affirmation created in the wake of the fire that incorporates salvaged elements from the fire.

LBC dedicates Kali, to the resilience and strength of our community.