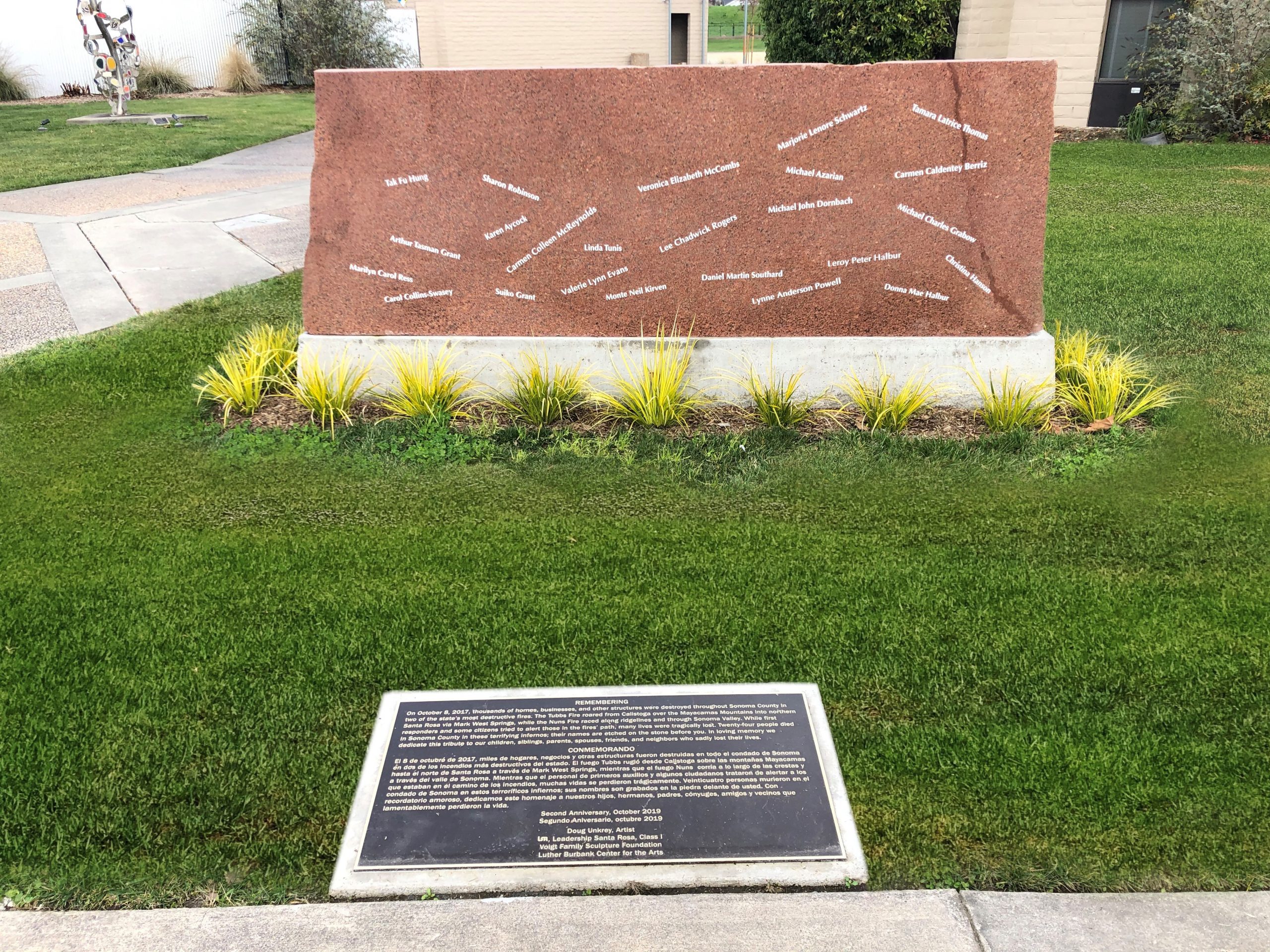 On October 8, 2017, thousands of homes, businesses, and other structures were destroyed throughout Sonoma County in two of the state’s most destructive fires. The Tubbs Fire roared from Calistoga over the Mayacamas Mountains into northern Santa Rosa via Mark West Springs, while The Nuns Fire raced along ridgelines and through Sonoma Valley. While first responders and some citizens tried to alert those in the fires’ paths, many lives were tragically lost. Twenty-four people died in Sonoma County in these terrifying infernos. Their names are etched on the stone. In loving memory, we dedicate this tribute to our children, siblings, parents, spouses, friends, and neighbors who sadly lost their lives.

Sunset of a New Life