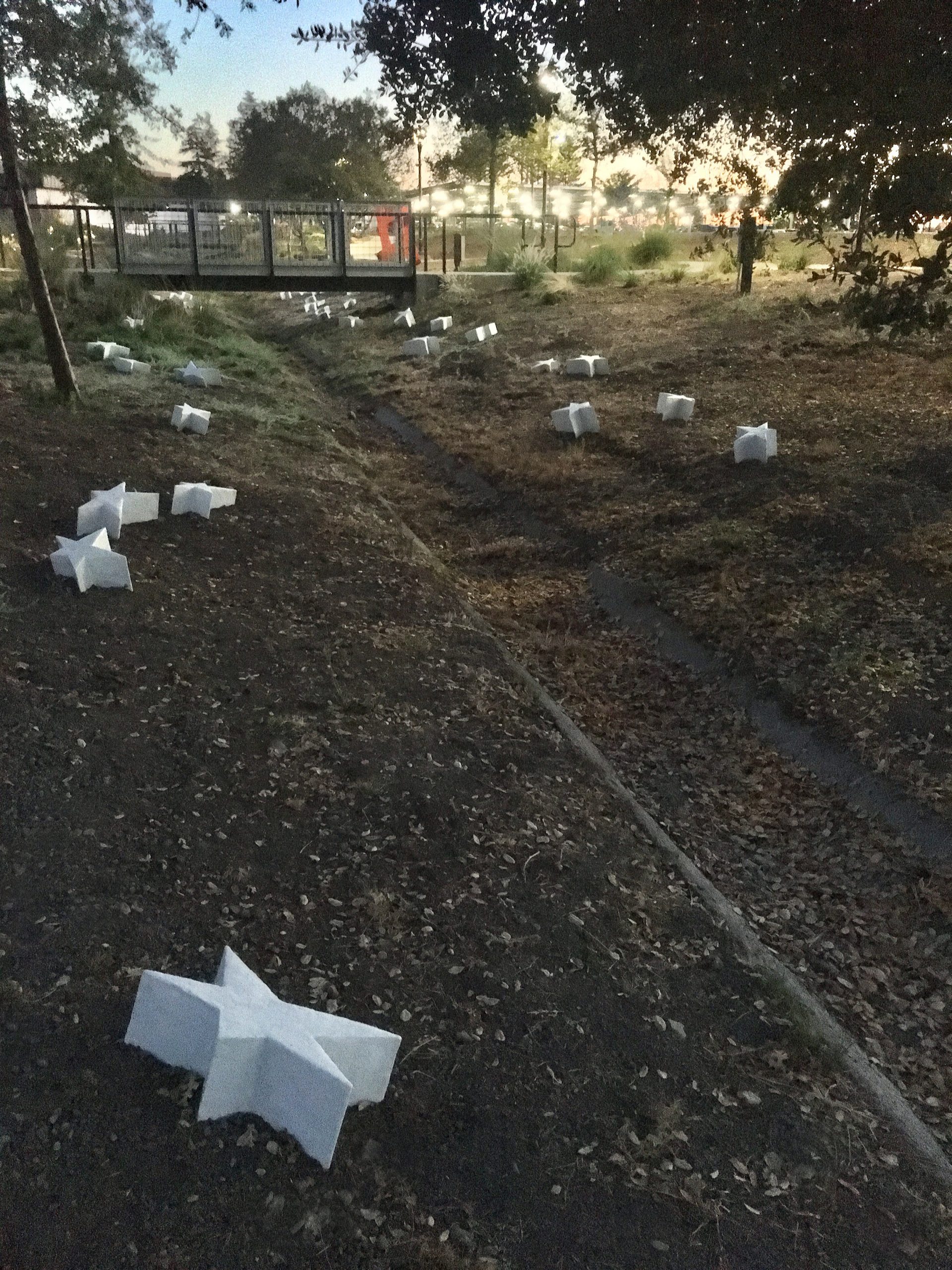 “These 44 white concrete castings, randomly dispersed in the landscape, together serve as a memorial to those who perished in the October 2017 North Bay wildfires. While we may not remember each name, we will never forget the importance of each life lost.” – Jann Nunn 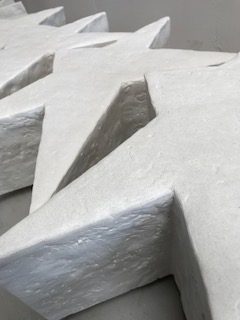 “Frequently, disparate materials are employed in a single work to accentuate duality, tension or evoke multifarious interpretations in my quest to symbolically convey personal, political or spiritual manifestations with authenticity and relevance. The driving force behind my work resides in conjoining idea and aesthetic. Often described as a ‘draw-you-in’ kind of beautiful, my art embodies a strong physical presence with carefully considered and often laborious craft, yet the ideas remain paramount.”– Jann Nunn

Best known for her sculptures, Nunn has created several large-scale outdoor works in public places, including Burning Man 2001; Portland Clifftop Sculpture Park in the UK; SKYART Festival in Anchorage, Alaska; a 107-foot long sculpture for the Sonoma Community Center in Sonoma, CA; and a multi-genocidal memorial sculpture on the campus of Sonoma State University in Rohnert Park, CA. Along with several new outdoor sculptures for the Luther Burbank Center for the Arts, Nunn is exhibiting Commune, a stainless steel outdoor sculpture that miraculously survived the firestorm that ravaged much of Sonoma County in 2017. Commune stands as a testament to resiliency in the face of unfathomable disaster.

She studied art at University of Alaska Anchorage, Skowhegan School of Painting and Sculpture in Maine, and San Francisco Art Institute.  She is a Professor Emeritus of Sculpture at Sonoma State University.

THOUSAND WAYS: a work in progess